You need Adobe Flash Player to play 1 Suit Solitaire.Click to use Flash 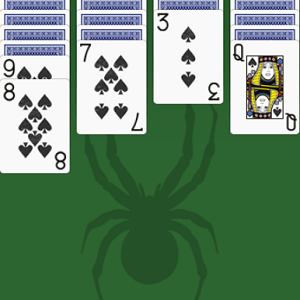 1 Suit Solitaire is a hot online game of solitaire of cards. This game uses the traditional spider solitaire rules but presents only 1 suit of cards (spades) instead of the usual 4. Like other Solitaire games, you must stack the cards from lowest to highest. This game lets you play the easiest version of Spider Solitaire because you only play with spades, which is why it is called the 1 suit version. When you are unable to arrange more, click on the decks below to use them until they are used up. Classic entertaining and relaxing game that brings a lot of fun.