You need Adobe Flash Player to play Heroes of Myths.Click to use Flash 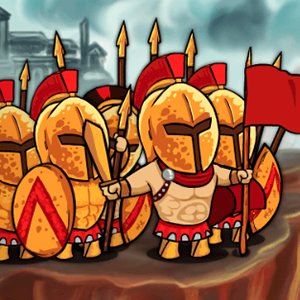 Heroes of Myth is a simple fighting game set in the ancient era. You control a group of Spartan soldiers and need to defend the deity's temple. Use different weapons such as spears, swords, and arrows to defeat the enemies, choose a hero and god to help you in battle. Upgrade your heroes, gods, and units to increase their power.  You have three types of units. Archers attack from a distance while swordsmen and pikemen will have to get closer to the enemy and fight using melee attacks. Gather your forces and defeat the enemy.